By Vikram Soni/ TWC
The water situation in large swathes of the Earth, including India, is now in such serious jeopardy that we should think of every day as World Water Day. Our rivers are running dry and dirty, our lakes are contaminated and the groundwater has been depleted almost to the bottom. The wetlands are gone to real estate or terminally contaminated by industrial activities. Many forests that store the good water which they release slowly into the rivers and the ground are being decimated by development. Thus most sources of pristine drinking water have been severely degraded or destroyed in the last 50-60 years. Today, as we celebrate World Water Day, it is time to reflect on where we are heading and what we can do. 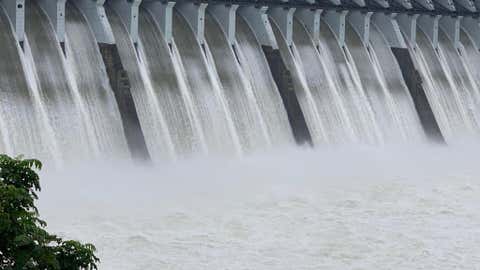 It’s take an example from the Himalayas. In what is Uttarakhand today—Kumaon and Garhwal—there were 50 km of roads in 1947, the year of India’s independence! Today, we have over 40,000 Km of roads in the region. This has had a devastating impact on forests and the fragile Himalayan mountain ecology. All the hillsides are scarred by landslides from the roads that have been hewn out with scant concern for the weak hillsides. The loss of forests for development is so humongous that the water springs that source from the forests in Uttarakhand have declined by 80% in sixty years.

Moreover, all villages and mountain agriculture depend on these springs, so many villages have gone ghost and the agriculture that depended on the springs is abandoned. Thus, the land and villages lie barren with the people continually migrating to the plains in search of livelihood. This goes on unabated. Also, the rivers have lost their flow to many dams that have shaved off hillsides leaving behind a bleak and shorn landscape that now gets frequent flash floods.

Yet the government is building four-lane highways for the Char dhams. The situation across much of the Himalayas, the main freshwater source for south and central Asia, has a similar ring. 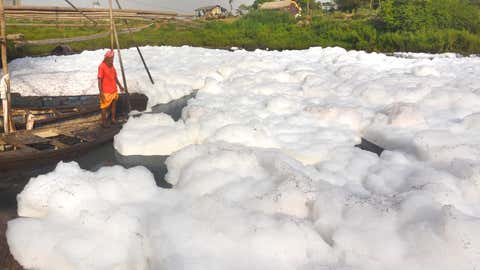 A thick layer of toxic foam was seen floating on the surface of the river Yamuna in Delhi on March 21, 2020.(Anindya Chattopadhyay/TOI, BCCL, Delhi)

Even the world is not doing any better! The oceans and rivers in such despair that the IUCN and London Zoological society’s Living Planet Report finds that freshwater fish species have declined by 75% and ocean species by over 50% in the last 40 years. The quality of the water in much of the populated world has so declined that most water sources are now contaminated. Polluted river or lake water—which carries human waste, sewage, and toxic waste—can be a very generous host for viruses like the novel coronavirus that cause COVID-19. We can never be certain where and how these pathogens can mutate and strike.Unlike in the developed world, a huge population in India uses raw polluted water from sources like rivers, lakes, or groundwater for drinking and it causes huge distress and mortality even today. This could open up an alarming prospect in view of the fact that the NITI Aayog and WaterAid, in a countrywide report, found that over 70% of critical groundwater and surface water resources are contaminated by human activity.Are we prepared to manage such risks? Certainly not! Can we be prepared? Very unlikely, even if we understand certain viruses, and we are not there yet. 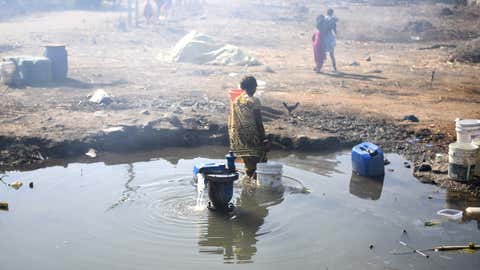 Yet, the Indian government has unwisely announced a grand (Rs. 3 lakh crores) Nal se Jal scheme to provide piped water to all towns and villages. But since most of the water sources are contaminated, the only fix is to RO water. However, it is prophylactic and is sterile, as it takes out all the healthy minerals and nutrients that are required by the human body.Scaling up a piped water scheme as a pan country panacea for RO water is an unhealthy and exorbitantly priced proposition. To neutralise the virus we would need at least a UV treatment which again costs a lot—though less than the RO—but UV does not take out chemical contaminants. 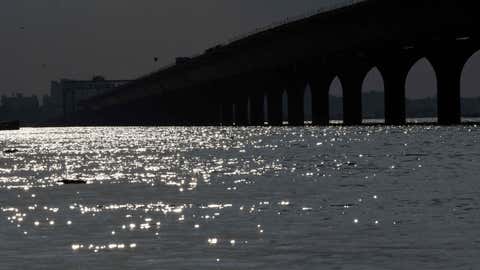 A view of swollen Ganga river.(IANS)

We must work holistically and realise that we are essentially dependent on living natural resources like organic water, organic food, soil and even pure organic air. These are metabolic resources that have coevolved with us—there is no technological substitute for these. So, we must conserve (and use) natural living resources like forests, rivers, oceans, organic soil and fertiliser.We have utterly degraded and destroyed our natural living resources in our pursuit of development. Our development model is always preoccupied with creating the artificial infrastructure of highways, industrial plants, high-rise housing. This kills living natural resources, which are essential for life, instead of safeguarding them. We must ‘Conserve and Use’ the planetary living resources. It is the essential heritage that once lost is gone forever and then so will we.

Our governments often unwisely follow the development path of the developed nations. More and more (unnecessary) consumption, technology, which produces non-recyclable waste and kills our lifeline of natural infrastructure. Our quality of life depends on these natural living resources. This unwisdom has led to many catastrophes, notably climate change and pandemics.

We are running out of natural space and natural infrastructure at an alarming pace. Let’s not forget that developed countries have stable landscapes and populations whereas India has an ever-growing population and consumption. We are in for a nasty shock if we don’t act now—we will be the first to go under. Let us end on a positive note and provide some solutions for the future.

We still have two unpolluted fresh perennial water sources left in the country—the water sources lying below our forests and the aquifers that lie below the flood plains of our rivers. Both these sources provide natural underground storage and are renewable—the rain and the monsoon provide natural recharge year after year and it is this recharge that can be used to water our cities and towns. The forest aquifers can provide healthful mineral water purely for drinking and the floodplains are a great perennial source for bulk water for cities. 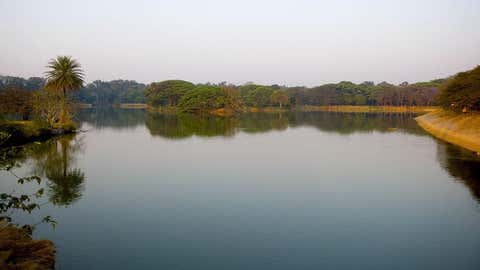 Representative Image of the water body.(IANS)

The floodplains of our monsoon rivers are made over millions of years of flooding that deposits sand and silt on the sides. They are several kilometres wide and sometimes over 100 meters deep. They naturally store water and are recharged by the monsoon rain every year. They are a perennial natural living resource that can be conserved and used to source water for towns by the rivers. Clearly, there are limits to be respected—that we use less water than what is being recharged. We need to abundant caution to make sure that the groundwater levels in floodplains are above the water levels in the polluted river or we will lose this source to contamination. The Yamuna floodplains in Delhi already use such a scheme to provide water to a million people each year.

Another ‘conserve and use’ scheme is for natural mineral water purely for drinking which is highly essential for our health. Local forests are not polluted and sit on a treasure of underground aquifers that contain natural mineral water comparable to that found in a mountain spring. This is because the rain falls on the forest and seeps through the various layers of humus and cracked rock or compact deposit pathways, picking up nutrients and minerals and flows into underground mineral water aquifers. There is one sacred condition that we use only a fraction of the recharge. Since a person drinks only 2-3 litres of water in a day, the mineral water requirement is indeed very modest. Such a scheme can provide quality natural mineral water, comparable to, Himalayan mineral water at Rs 2 a litre, twenty times less than the market price. Let us not forget that once water is contaminated by industrial waste and sewage. It is almost impossible to bring it back to pristine organic quality. The polluted Rhine water in Germany, after 50 years of cleansing and stopping the inflow of pollutants and human waste, is still not fit for drinking.To reiterate, we must urgently and most importantly learn to value and ‘Conserve and Use’ such planetary living resources in our scheme of living!